In the early 1980s, sociologist Charles Perrow wrote the classic book Normal Accidents: Living with High-Risk Technologies. It explored (among other system breakdowns) the chain reaction of small failures that resulted in the Three Mile Island nuclear meltdown. Perrow argued that in complex, tightly coupled systems, in which multiple components are highly dependent on each other, extreme accidents are normal events. He chose the title to highlight the increased fragility of these systems, where accidents don’t stem from one huge error but rather a series of small errors that cascade in unpredictable ways. Authors Chris Clearfield and András Tilcsik revisited this framework in their 2018 book Meltdown: Why Our Systems Fail and What to Do About It to argue that in the years since the publication of Normal Accidents, virtually every organization and system has become more tightly coupled and complex to the point of incomprehensibility.

The interconnectivity and interdependence of our global systems have undoubtedly created new and previously inconceivable risks, but at the same time, they’ve enabled previously unattainable efficiencies, supercharged innovation, and empowered individuals and startups with new abilities. These dynamics have led to a world in which it’s no longer surprising to see tiny players make global impacts, from an individual reshaping international politics to a business scaling from zero to billions of dollars in a couple of years.

Power—the ability to shape consequences—has traditionally flowed from the top down. But in this tightly coupled and complex landscape, power flows in all directions: not just top-down or bottom-up but across industries, continents, and stakeholders of all scales.

As the next decade unfolds, shifting power within and across domains will contribute to the extreme possibilities and opportunities to effect transformational change.

Build your world readiness by immersing yourself in this map of the emerging landscape and identifying your path forward. 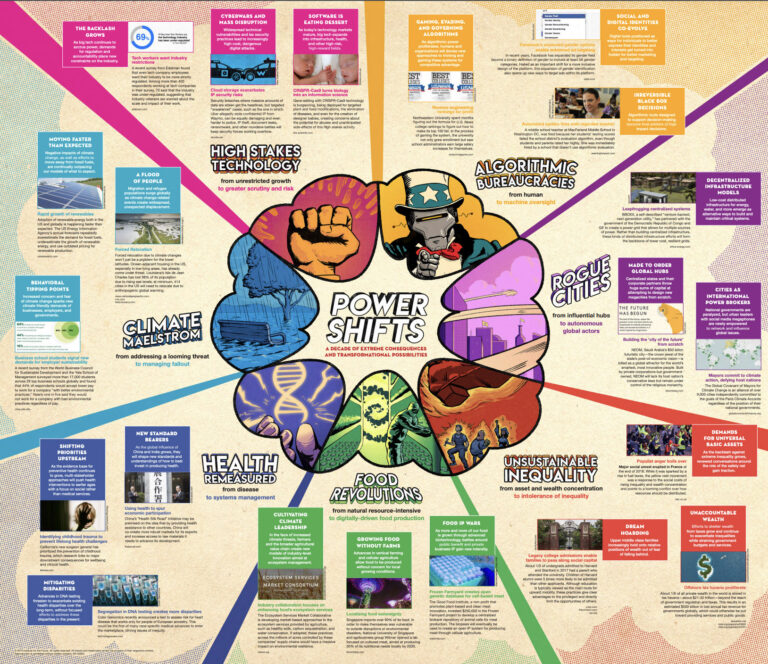