Who We Are: Staff

Toshi leads IFTF’s Emerging Media Lab (EML), where he explores the implications of the rapidly evolving technologies and platforms that transform human communication. He has worked on a wide range of cutting-edge experiential media projects utilizing interactive and immersive technologies such as A/R and V/R. Under his direction, the EML serves as a prototyping studio, an independent research group, and an active participant in the continually evolving relationship between humans and the sophisticated media systems they create.

Toshi’s work explores not only the direct applications of emerging technologies but also the wider implications and impact on individuals, organizations, and society at large. Prior to joining IFTF, Toshi served as media technology consultant for famed futurist Ray Kurzweil, with whom he produced live VR demonstrations for the TED stage and co-directed the feature-length documentary “The Singularity is Near” based on Kurzweil’s best-selling book. Toshi studied film at Mass College of Art and Design and religion at Bryn Athyn College. 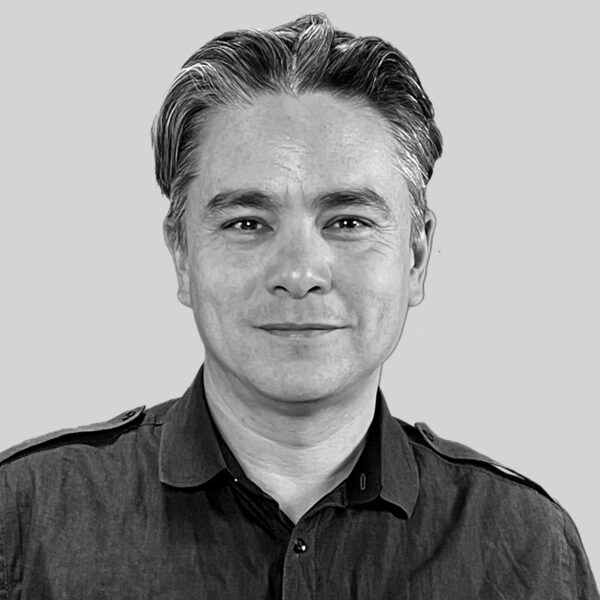