“What happens when 20 futurists team up to investigate the future of family?” Institute for the Future Director of Game Research and Development Jane McGonigal tweeted this upon the release of “Families in Flux,” IFTF and Family Story’s report exploring scenarios about the next generation of families in the U.S. Indeed, right on the first inside page, you’ll find a long list of acknowledgments, including the names of the 20 aforementioned futurists, and many more important contributors.

Forecasts created by a team of many collaborators can be compelling, robust and provocative. But incorporating many sources of input takes resources and requires tradeoffs. In this article, we’ll discuss the process we used to create the “Families in Flux” report as a way of exploring the benefits of incorporating many contributors, and best practices for obtaining them, while minimizing the tradeoffs.

The "Families in Flux" report was made by leveraging the strengths and perspectives of multiple people.

Since the project had limited resources, we knew we had to be strategic in soliciting input.

We were incredibly fortunate that Nicole Rogers, executive director of Family Story, who commissioned the project, was eager and able to participate as a co-lead author of the report. She contributed to the research throughout the entire process, providing us with great signals in the very first meeting and playing a critical role in all the subsequent phases, especially the synthesis, writing and storytelling. In general, the people who commission these projects are often experts in the subject matter and that was certainly the case here. Their expertise can be an invaluable resource, as long as that expertise does not make them fixed in their views and unwilling to explore more speculative possibilities.

Having Nicole as a contributor was a lucky break, and we were able to be strategic with the other contributors we sought out because of preexisting relationships with our colleagues and affiliates. It’s clear that every person on the IFTF staff and in our affiliate network has abundant creativity and expertise that are easy to identify based on their publicly available work. However, a CV, a speech on YouTube, or a book or essay they’ve authored isn’t enough to judge if an hour of their time is better used finding signals on their own and sending them in an email, chatting informally over coffee, or having them review a concept as a written draft. And it won’t tell you what kind of tasks and interactions they find fun and invigorating or boring and burdensome. Those kinds of insights allow you to make requests that will get the best contribution for the least amount of time, effort and inconvenience. There are, of course, limits to a relationship-based approach to scenario research and creation. The people you know will have things in common with you, which can undercut diversity, a critical aspect of generating robust scenarios.

One critical reason to include more people into your scenario work is diversity. Different people bring different areas of expertise, different life experiences, and different understandings of how change works. The more people you have contributing, the more varied, rich, robust and compelling your scenarios are likely to be. At the same time, quantity of contributors isn’t an end unto itself, it’s the variety that is important.

An overlapping but distinct reason to broaden your pool of contributors is that it’s important to give a voice to the people you are forecasting for or about. You can have an incredibly diverse group of people forecasting the future of farming without including farmers, for instance, but you’re more likely to miss something, and you’re more likely to be imposing a scenario or possible future on a group of people instead of co-creating it with them.

While more contributors might make for better scenarios, there are tradeoffs. Soliciting input and synthesizing it takes time, effort, and often money. So how do you know when it is important to seek out more input?

Similarly, what you intend a scenario to represent makes the case for inclusion. If you’re creating a scenario that represents the future of a city, school, or a company, it’s critical to be as representative as possible in terms of whose input you consider.

For this project, we knew that we needed to include people living in a diverse array of family arrangements if we wanted to have something meaningful to say about the future of family in the U.S., something we knew would be a challenge for a small project. Fortunately, there are processes and principles that can make this easier.

Tools and processes for collaboration

While it is almost always true that including more people means more time and resources, there are ways to cut this down and make it more manageable.

First, it’s thinking about where in the scenario creation process diversity is most important. For instance, in the beginning stages of scenario work, when you’re trying to get the widest range of signals and drivers to consider, soliciting diverse input is both important and somewhat easier to accomplish. When you’re turning these inputs into a more concrete story about the future, that diversity is still important, but not as important, and more cooks in the kitchen are harder to manage. Then, for peer review and critique, going somewhat wider again is critical, and also not as much of a coordination burden.

There are also specific tools and processes for collaboration that can make your efforts at inclusion more effective.

For instance, the Foresight Essentials Toolkit has tools for every stage of the process, as well as a recently debuted toolkit dedicated specifically to scenario creation. Structuring one or more engagements around these tools is one of the best ways to get as much input as possible with whatever amount of the time you have. Such workshops can be as little as an hour or can stretch up to multiple days, they can have a few participants or up to around a hundred, again, depending on what is appropriate given the scope of your project.

We used modified tools from the Foresight Essentials Toolkit for future of family project, hosting a workshop with a dozen experts that reflected a greater diversity of family formats than we had in our staff to challenge and build out the rough scenarios we had created, and sought creative input from some experts who couldn’t make it to the event. The tools were created with a goal of being accessible to people without futures thinking experience, allowing the participants to jump right in, whether they had worked with foresight processes for decades or it was their first time.

Regardless of what method you use to convene people, being truly inclusive means much more than just inviting someone into a conversation. There are a number of things to consider, and there are great books, such as by Design Justice by Sasha Costanza-Chock and Kelly Ann McKercher’s Beyond Sticky Notes dedicated to enumerating them, but making sure everyone feels comfortable and empowered to contribute ideas or ask questions is, of course, critical.

All in all, foresight is inherently highly collaborative. Even beyond the formal research process, there are often people who do editorial and design work on your forecasts who could be considered authors. Developmental editors go beyond checking for misspellings and incorrect punctuations to help articulate and refine your argument, and in the case of the family report, our developmental editors certainly did that in a number of key areas. At the same time, design brings the forecasts and scenarios to life. And the contribution of IFTF’s design team is not just to make the report visually appealing, though they are certainly good at that, but to communicate the foresight in ways that words alone cannot. The aesthetics of the resulting report and specific language choices shape the reader’s understanding of the content in ways that are profound but often unnoticed. It’s also worth thinking about how, when doing foresight work we’re constantly building on the knowledge and insight of others, who are often the uncredited contributors to all of our work.

As you create your own scenarios, no matter how few resources you have at your disposal, it’s worth seeking out (and crediting to the extent possible) contributors and collaborators, even those who might not traditionally be recognized as such.

Special thanks to everyone who worked directly on this report, named below, and those whose work we built on, who are too numerous to name. 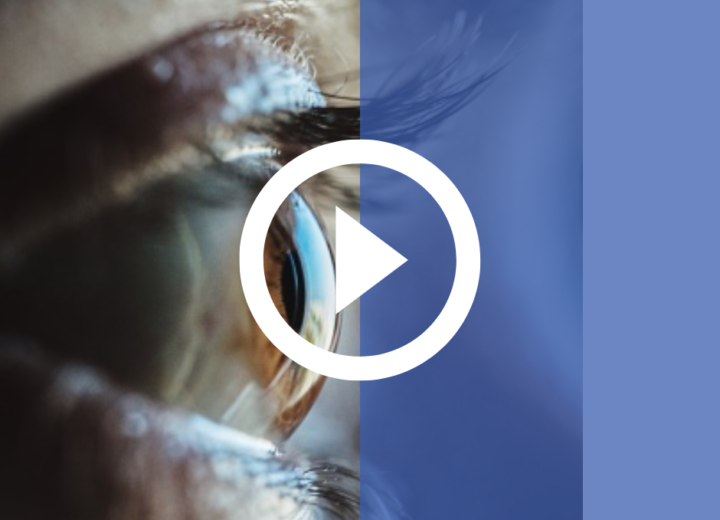 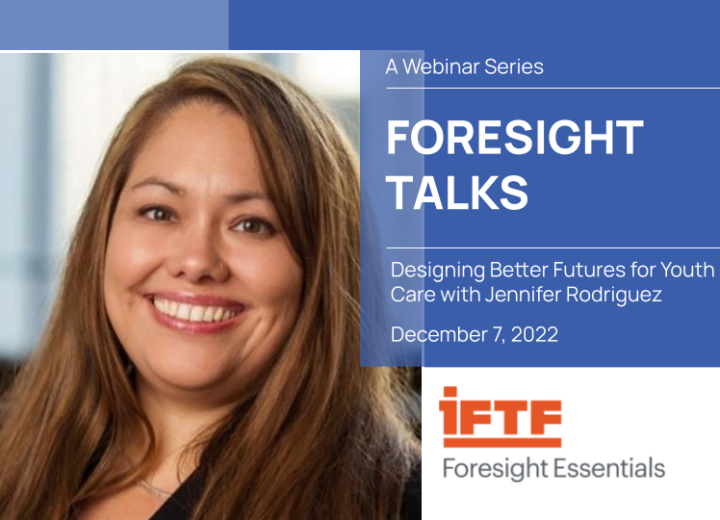